ARTIST STATEMENT
Art is the language of the beyond. It speaks life to the unborn and deceased. Death to the painfully alive. It is my connection to my ancestors. The words I lost to colonization and found through my spirit. Each piece i create gives voice to those who are gone or ignored and light to those who dream of something better.

BIOGRAPHY
Orlando Oh is an Indigenous artist of Purepecha ancestry. He was born on September 22nd 1983 in Milwaukee, WI but currently resides in the Reno/Tahoe area. He was raised in a multicultural home in one of the most segregated cities in the country. This affected his perception of identity at an early age and made him question his place in society. Surrounded by Americanized people of color he asked what his true culture was. He wondered what his ancestors thought of and hoped for. A curious child raised in a catholic home, he would often draw to express himself and pass the time.. In 2005 he left Milwaukee and religion to pursue art away from almost everyone he knew. He headed west and was inspired by the Sierras. The stark contrast of the crystal clear lakes against the dry desert landscapes. A place of extremes. Life and death. Freedom and rigidity.
Orlando's body of work is a culmination of his journey through life. A reflection of the experiences of an Indigenous man on occupied land. Hopes and dreams. Love and pain. Racism and ecological destruction. The constant struggle to move forward and stay true to his roots are painted in his words and spoken in his visual art. 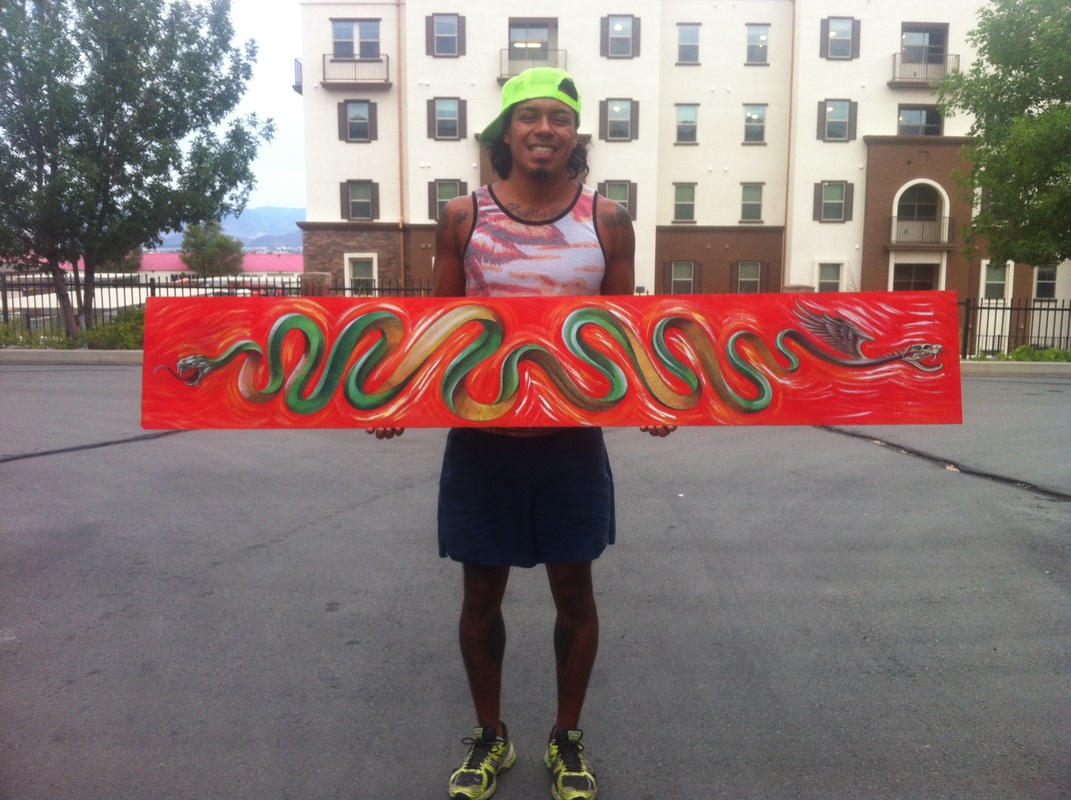